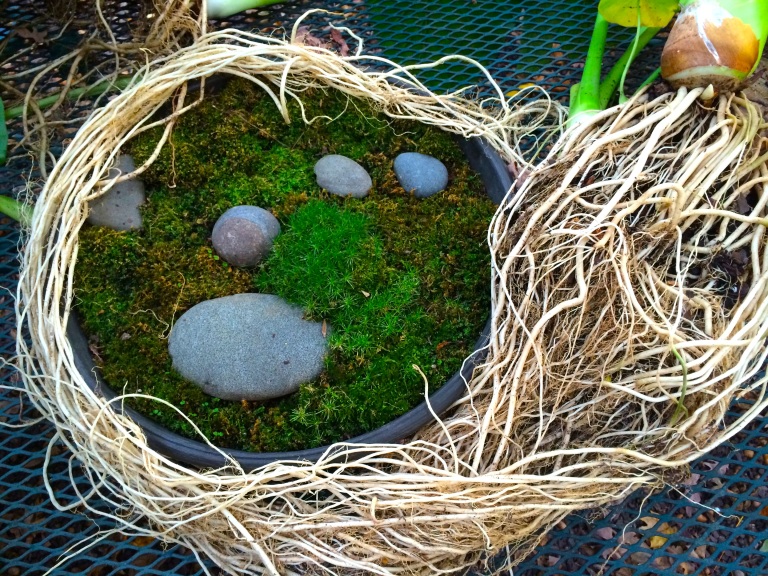 It was time to try and save the Alocasia Calidora (Persian Palm), using the bare-root method. What a massive and magnificent root system the tubers have developed during six months in the garden. It’s hard to imagine what they would be like growing year-round in Zone 9 or warmer.

Alocasia Calidora is sometimes called “Giant Elephant Ears”, but they could also be called “Elephant’s Foot”, because the appearance of the above-ground portion of the large woody older tubers.