In 2008 the European Union relaxed its previously strict rules against the marketing of “imperfect” fruits and vegetables, but only on 26 varieties – not including tomatoes. At the time of the announcement, European Commission spokesman Michael Mann said “This is a happy day indeed for the curvy cucumber and the knobbly carrot, and other amusingly shaped fruits and vegetables.”

I haven’t found a specific explanation yet for the type of aberrant growth shown here. The closest I’ve found is that misshapen tomatoes (including “catfacing”) are caused by pollination during cool weather. This tomato was harvested today, so that doesn’t seem to be the likely root cause (no pun intended), more than six weeks since we’ve had any cool weather.

Anybody know the root cause for the appendage? (BTW: We know the reasons for the cracking and the green “shoulders”.) 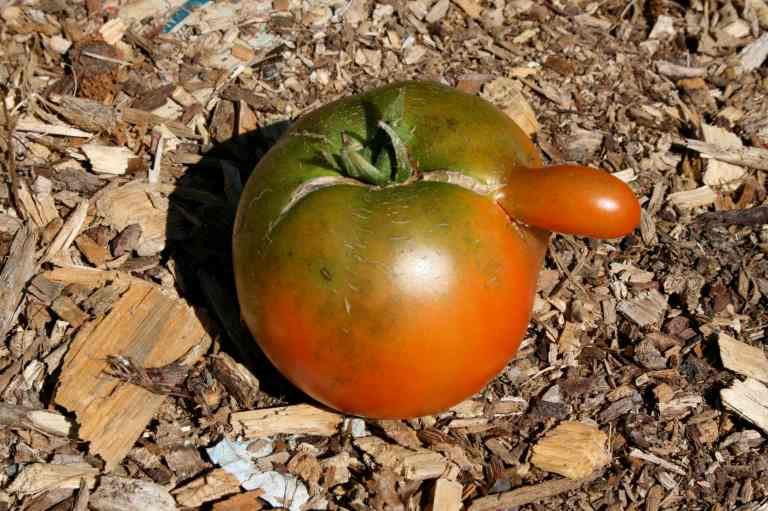